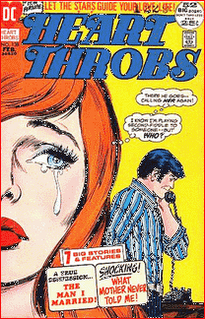 The Heart Throbs were a band I kept on seeing supporting other acts and they were always a good reason to drag yourself away from the bar and even, shock! horror! stand up! The first time I saw them was on a wonderful triple bill along with The Motorcycle Boy and "Darklands" era Jesus & Mary Chain. Around that time the band released their single "Bang" on Rough Trade, after a couple more singles they signed to One Little Indian. Three albums followed "Cleopatra Grip" in 1992, "Jubilee Twist" in 1992 and finally "Vertical Smile" in 1993. All three had some great songs, some almost hit singles, and more importantly risque (apparently) album titles. A steady stream of band members came and went and sadly the band firmly resides in the coulda been shoulda been pile. Today's downloads include the Bang single and a track a piece from the first two albums.

Download - The Heart Throbs - Kiss Me When I'm Starving

The Heart Throbs on myspace are here

Listen to my radio station - 5 hours of indie and brit pop : here
Posted by redrosesforme at 10:21 PM 4 comments:

Hi! Remember us. This is Adrian, he's the reason you may have come here and wondered why nothing new has been posted. I'll do my best to update (in)frequently going forward. As a special holiday post here are two new Saint Etienne songs the band gave away to the attendees of thier Christmas show in London this week. The first is apparently a Cliff Richard cover and the second a brand new song by the band. Happy holidays everyone!

The Saint Etienne website and shop can be found here

Saint Etienne - Nothing Can Stop Us Now (live)

Posted by redrosesforme at 9:40 PM 8 comments:

Where is my mind?

If you haven't yet I'd recommend any US readers checking out the joys of lala via the link thing below. 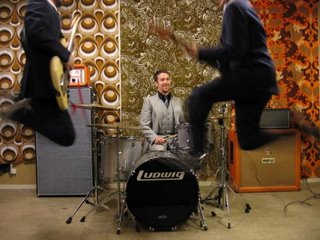 The Swedish Polarbears list their influences as "Old guys like The Byrds, Neil Young, The Beach Boys, Big Star and so on... And some later bands heavily influenced by them, like Teenage Fanclub, Weezer, The Posies, Redd Kross, Sloan." Without even downloading the songs below or visiting their webpage or myspace page and downloading another two you probably get an idea of what their songs will sound like. They even have a song about Mr. Norman Blake from Teenage Fanclub, and any of these songs would not stand out on the Fannies best work. On a windy, rainy day in September when you realize the screws you bought to put up some shelves are too damn small and you need to go out again, play these and put a smile on your face.

- The Swedish Polarbears - Mess Around 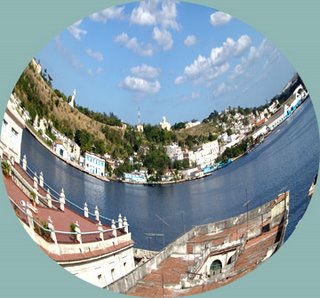 Camera Obscura continued their quest to play a session on every half decent radio show on the globe this yeart by appearing on Mark Radcliffe's show this week. At the same time I continued my quest to record and upload said sessions so here are two songs from the album "Let's Get Out Of This County" and a previously unreleased cover of a song by The Paris Sisters recorded by Phil Spector when his genius to insaneometer wasn't slightly more balanced.

- Camera Obscura - Let's Get Out Of This Country (Radcliffe session)

- Camera Obscura - I Love How You Love Me (Radcliffe Session)

Bands own website
Camera Obscura - Let's Get Out Of This Country


Posted by redrosesforme at 8:32 PM 4 comments:

Once Around The Block 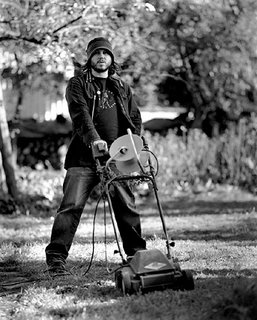 I first heard Damon Gough a/k/a Badly Drawn Boy when he appeared on the much hyped first Unkle album, alongside the likes of Richard Ashcroft, Thom Yorke and of course DJ Shadow, Mr. Gough delivered a great performance that delivered on the great reviews he had for his early blink and you missed them early EPs. Since then over the course of his own albums he has shown a rare talent for classic pastoral pop. If his hero and inspiration Bruce Springsteen had hailed from the North of England, songs about meeting Madonna may have emerged. In fact, Gough's forthcoming album "Born In The Uk" is the story of growing up in 70's Britain as the video for the title track illustrates. The downloads today include that very first Unkle song, a couple of album highlights and a cover of the Dexys classic "Come On Eileen"

- Badly Drawn Boy - Have You Fed The Fish?

- Badly Drawn Boy - The Year Of The Rat


Posted by redrosesforme at 7:59 PM 2 comments: 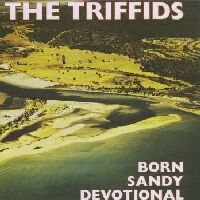 So thanks to those fine people at Domino, it looks like The Triffids will get the legacy they deserve with all of the bands albums getting the deluxe re-release, extra tracks, fancy booklet treatment in the next year or so. First out of the gates is what many regard as the band's finest moment "Born Sandy devotional" The album was the first that many heard from the band and it's success in the indie charts led to their deal with Island Records and what was expected to be their big break. Featuring the classic "Wide Open Road" the other songs today prove it wasn't a one trick pony. Two of the songs were featured on the original release and "Convent Walls" is one of the nine extra songs featured on this release. If you following the link below to the Triffids mini site you can watch a video and get another download all for the price of your email address.

Donkey In A Fez 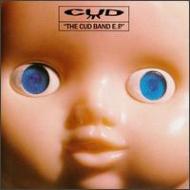 I always lumped Cud in with the likes of Stump and Bogshed, Peel favorites favoring angular sounds and wacky song titles. Their new compilation though "Rich And Strange" highlight that was just one side of the band who progressed from a shambolic, sound to almost polished quirkiness on their last album. In their career they even dented the UK singles charts a couple of times. The release of the compilation has also prompted the band to get back together for some live shows which have been well received so maybe new recordings will be on the horizon?

Cud - Through The Roof


Posted by redrosesforme at 6:24 PM 4 comments: 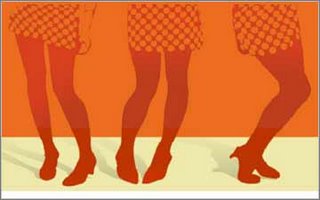 So we're now in a new house, and I've finally had time to pause after a whole bunch of painting. My soundtrack while I splashed paint in all directions including some on the walls was The Pipettes A giddy mixture of 60's girl group, Strawberry Switchblade (maybe just the polka dots) and some of the pop fun of the B52s mixed together with a grrrl power attitude, and in their recently released album "We Are The Pipettes" you get one of the soundtracks to this summer. Brighton based and sharing a label with The Go-Team from reviews it sounds like their live show is even better than their records so far. Rumors of a US tour at the start of next year abound, I for one will be bringing my paintbrush. The downloads today are from a variety of recent radio sessions and include some acoustic versions of songs from their album.

- The Pipettes - ABC (live from the Blue Room) 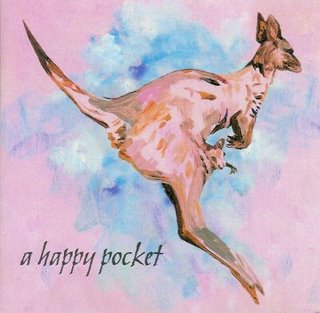 I don't need much excuse to post about certain bands, yes Camera Obscura, St Etienne and of course Belle & Sebastian I'm talking about you, and The Trashcan Sinatras. I just received the band's first DVD in the mail today, "Live At The Troubadour" features as the name subtly suggests a live show recorded in L.A. at the end of 2004, a KCRW radio session and a further ten songs from an earlier Troubadour show. As the booklet inside says; "These shows were quite an accomplishment for a band many didn't even realize still existed...a band people had nearly given up hope of seeing in concert again during their lifetime" Pretty much sums it up, and like the Go-Betweens DVD a perfect souvenir of that rare occurrence a comeback that is just a bad facsimile of their previous highs. Get the DVD at the link below and check out their huge archive of MP3's and videos. The following songs can be found there and are two Lennon covers and an acoustic version of one of their best songs.

- Trashcan Sinatras - Free As A Bird

Buy their DVD and download to your heart's delight here

Trashcan Sinatras - All The Dark Horses


Posted by redrosesforme at 5:53 PM 3 comments: