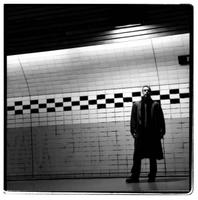 Todd Stadtman first came to my attention as half of the duo Zikzak who released a CD 'See You There' in 2000, a collection of new romantic pop driven songs, five years before that became fashionable again. Since then he has released two fine Cds under his own name 2002's 'Anxotica' and this years' 'Only I Can Save You'. All these releases combine Stadtman's love of electro-pop with a blend of bookish lyricism placing him firmly in the Edwyn Collins and lloyd Cole camp with a vocals that remind me of Elvis Costello around the time of his 'Imperial Bedroom' album. Todays songs are taken from the two most recent albums, both of which can be purchased both on iTunes and at Stadtman's own website where you'll also find a bunch more downloads.

Posted by redrosesforme at 12:31 PM